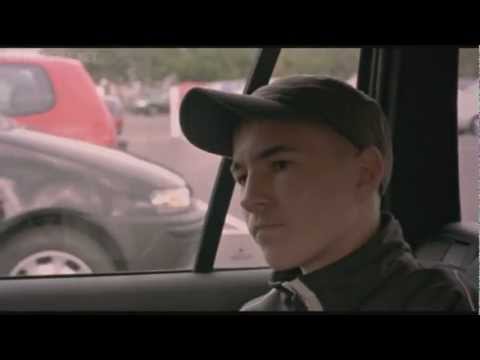 Share via Email Ken Loach: Antonio Olmos for the Observer Ken Loach is a lot of things, but retiring clearly isn't one of them. At the age of 77, he looks leaner and livelier than some film-makers half his age, and when I meet him one early morning in Soho he appears to be less in need of a strong shot of caffeine than I do.

Engaging, entertaining, and ready to talk, he's eager to get to grips with my lengthy list of questions from Observer readers "yes, yes, that sounds really interesting, let's see what you've got, let's go" and to discuss films, politics and football with equal vigour.

But first things first — what about those stories since debunked of Loach's imminent retirement?

Back in August of last year, Loach's longtime producer, Rebecca O'Brien, was quoted as saying that Jimmy's Halla vibrant account of James Gralton's real-life battles with church and state in s Ireland, would be "probably the last narrative feature for Ken".

Yet as Loach heads off to compete in Cannes for a record 12th time he laughs at the suggestion that he is now "part of the festival's furniture"it's clear that he's still going as strong as ever.

I was away quite a long time on this one, and it was a large undertaking — a period film with a big cast. I was reaching the point where I just wasn't sure that I could carry it off any more. But that was at the start of production.

Of course, by the time you get to the end you feel rather less daunted by it. So maybe I won't retire; maybe I'll do a documentary, or something more documentary-like. The problem is that there are just so many things you want to get involved with.

Although my missus wouldn't be too pleased to hear that. The thing is, with a dramatic project like this, somebody's got to run around and make it happen. It's an early start — the alarm goes off at six, or half five — and I'm slow in the mornings anyway.

Then you finish late.

You have to psych yourself up every morning of production, and over a period of weeks and months beforehand. With documentaries you don't have to do that. And archive documentaries are the best of all because the film just arrives in the cutting room! And you do the odd interview or two, which is always nice.

So archive documentary is basically the genre of choice for the senior director.

Having emigrated to America incommunist activist and local legend James Gralton returned to Ireland where he provoked the ire of the authorities by opening a community hall offering teaching, music, radical thought, and most alarmingly dance.

Accused of spreading immorality and sedition, Gralton became the focus of attacks from Catholic clergy and local officials alike, all of whom tried to run him out of town. It's also, despite its historical setting, surprisingly contemporary, with descriptions of the economic depressions of yesteryear sounding as if they were ripped from the pages of today's papers.

The writers are still the most undervalued element in this whole process. It's so obvious, but you can only direct what is there in the script.

And people forget that. Of course in television it's the other way around. That came from the theatre, and the director's job was to elucidate and express the writer's ideas. Well, the process is the same in film, but for some reason in film the director rather than the writer gets all the credit.

But if it works it has to be a collaboration. There's a heresy which is perpetuated by film school that to be a great director you have to write your own stuff. It seems to me the big weakness in most films is the writing. You can learn directing, but you can't learn writing.We talk to Ken Loach and Martin Compston (Liam), as well as other key members of the crew about their experiences and working methods on the film.

The videos follow the film from its conception to its cinema release, ending by exploring the its political subtext and the controversy surrounding its 18 classification. But most of Loach's work continues to take place in the recognisable, modern, everyday world.

A series of films - including The Angels' Share, Sweet Sixteen, My Name Is Joe, and Looking For Eric - all examine disintegrating family units, through the prism of social injustices and class inequality. Opening in Greenock, a rundown town near Glasgow, "Sweet Sixteen" follows teenage scally Liam (Compston) as he struggles to prepare for the release of his ex-heroin addict mum from prison.

Filmmaker Ken Loach has returned to the documentary format with an impassioned look at post-war Britain and a rallying call to protect the one remaining triumph of Clement Attlee’s Labour government, the NHS. May 16,  · A film review in Weekend on May 16 about ''Sweet Sixteen,'' Ken Loach's social drama about a Scottish teenager, misstated its setting.

Ken Loach: 'What I've always tried to do is capture the truth of the moment' | Film | The Guardian